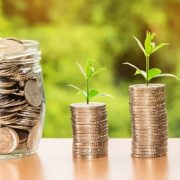 Just 2.2% of total mainstream business investment finance goes to female led start-ups. It’s estimated that this falls to a pitiful 0.0006% for black women. The levels of deal are also way out of kilter, with women achieving on average just 1/3 of the total investment of men. These figures reflect the disparity faced by 51% of the population, not a minority. 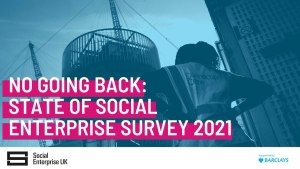 It’s true that things in the social enterprise world might be a little better in terms of business inclusivity. According to the latest State of Social Enterprise Report 2021, 47% of social enterprises are led by women, and diversity is growing with women from racialised community more likely to be running start-ups, but at the same time these organisations tend to have a lower median annual turnover (£31,900 compared with £100,000 for the mainstream world, although some of this difference may be because of higher start-up levels).

For this blog, Social Enterprise UK has kindly supplied a further breakdown of figures from as yet unpublished survey data around access to finance by ethnicity and gender. These  provide valuable insight.

It shows that over the last year women that have applied for finance have asked for less (median £30,000) than either men (£55,000), white ( £50,000) or BAME businesses (£50,000), whilst BAME led business have been 50% less likely to get the finance they aspired to (median £25,000) when compared with male (£50,000), female (£25,000) and white led businesses (£40,000). This suggests there may be a lack of confidence amongst women to apply for finance in the first place, and although the BAME led businesses might have high aspiration levels, these are matched with a much lower success rate in gaining the finance that they ask for – more research is needed to understand what are likely to be complex additional barriers that these communities experience.

Largely, the finance world’s response to the barriers to business finance has been adaptation of the existing model or the provision of a slightly different version tailored to address those businesses that don’t fit the standard mould, e.g. social investment organisations.

Here are some my observations:

I was interested to see a recent interview in Pioneers Post with the CEO of Big Society Capital (BSC) to publicise their refreshed strategy. The interviewer points out that diversity is not mentioned once in the strategy despite being a priority. To be fair on BSC they do mention that they want to see both more diverse lenders and recipients, but this is in the context of “supporting enterprise growth and scaling business models to create more social impact.”

“In the past social impact investments were a bit small and a bit fiddly for some investors. Part of our job is to make it easier” says @BigSocietyCap CEO @stephenmuers

Many women led social enterprises define growth in a different way and see ‘scaling out’ (i.e. creating and working with other others to achieve social impact) as a way to achieve impact growth, not traditional scaling up to increase the financial turnover and profitability of the business that they run. This of course is how co-operatives work – growth is via greater collaborative and collective working

The conclusion that I draw from these observations as well as speaking to others, is that it’s time for a complete rethink and systems change in line with the new business world which must put social justice and tackling climate change at its heart. 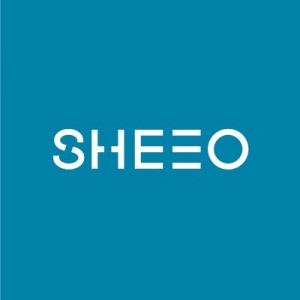 My number one recommendation from recent research is SheEO– a global community of radically generous women that all believe that needs to be a shift in business paradigm and that women and non-binary people are leading the way. It seems to be modelled on the Women’s Lending Circle approach. It was founded by the inspirational Vicki Saunders, who is a Canadian serial entrepreneur. The community raises investment capital through Activator contributions and vote on those ventures that they want to support. These ventures work together to share resources and support one another and decision making is democratic and peer based requiring a level of engagement and understanding that is much more supportive than a standard finance providers. The application process is also simplified.

I became an Activator myself recently following listening to Vicki on a number of occasions, most recently at our Social Enterprise Mark Women’s Leadership Network . I would encourage you to have a listen or Google her as she has a real zeal for doing things differently.

Secondly, in the UK a new community has been set up by a woman led social enterprise – The Angelfish Community. It is a new online help forum aimed at helping start-ups and established social enterprise led by women and BAME communities. It will also aim to provide investment to those target groups via a democratic decision-making process like SheEO. They are welcoming feedback from those that engage.

In conclusion, I think that we are still in the foothills of creating the sort of offerings of appropriate finance for the types of business that we need for the future alongside being in the paradigm shift required to change businesses to address the future challenges that we all face. Some of us can see this and get frustrated just talking about it. We are not going to change the world without a bit of imagination and we need to support those that are moving in the same direction as us and activating on their convictions.

See below for links to specialist and mainstream providers, which can provide information and support: