News and Events
You are here: Home1 / News and Events2 / Markholder News3 / Boost for Charity Bank with £5million deposit from Power to Change

Charity Bank has announced a £5 million deposit injection from the independent charitable trust Power to Change. With seven in ten people agreeing that charities should invest their savings and investments ethically, Charity Bank is calling on other organisations to align their money and mission.1

The deposit will increase Charity Bank’s lending capabilities, improving access to finance for charities and social enterprises. This is increasingly important, as 78% of those who borrowed money from Charity Bank say their project would not have gone ahead without it and 30% said it helped keep the organisation afloat.2

The organisations helped by Charity Bank include Imago, a social action charity supporting communities across the South of England which purchased a new premises with funding from Charity Bank, and Burton Street Foundation, a community benefit society in Sheffield which has also been supported in the past by Power to Change. Burton Street Foundation works with almost 250 adults and 50 children every week, with needs ranging from moderate learning difficulties, to profound and multiple learning disabilities.

Ed Siegel, Chief Executive at Charity Bank comments, “Responsible investment is an important and growing area of focus for many charities and social enterprises. This deposit from Power to Change will undoubtedly help us in our mission to provide social enterprises with the financial resources they need to help vulnerable people and communities across the UK, outcomes which, we understand, are supportive of the social objectives of Power to Change.”

Vidhya Alakeson, Chief Executive at Power to Change said: “Power to Change exists to create better places through community business and we know that by saving with Charity Bank, our cash is being used as a powerful tool for social change. The deposit we’ve made will support Charity Bank in tackling some of the most challenging societal issues facing the UK today, while still earning a good rate of interest, which is great news for our endowment and for improving lives.”

Charity Bank is encouraging charities to invest their savings and investments ethically and in support of their mission, through its Money on a Mission campaign. 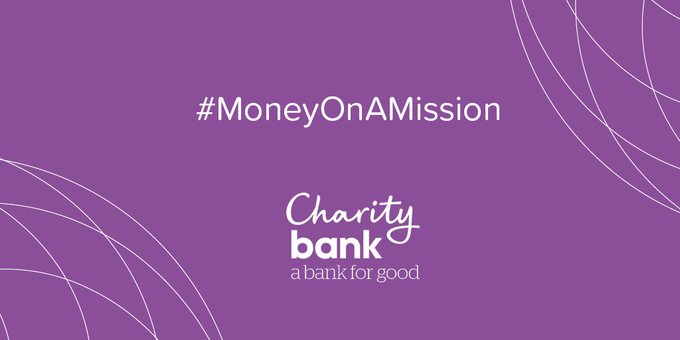 2 Charity Bank Impact survey was conducted in February and March 2019. It was sent to 235 of Charity Bank’s current borrowers, with 105 completing the survey either online or via a telephone interview.