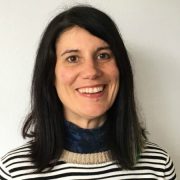 In the below blog, which I wrote at the end of April, I spoke about now being the time to #BuildBackBetter and how we need a new vision for the future that “transcends traditional political boundaries”.

To be effective, #BuildBackBetter has to be a broader movement, encompassing both sides of the political spectrum, and I am pleased to see more forces do seem to be coming together in this way. Compass, the centre-left think tank, has brought together a core group of trade bodies, think tanks and network organisations to ensure that there is wider ownership of the campaign.

They are inviting others to add their voice to a broad-based call to ‘Build Back Better’ from the coronavirus crisis, which they hope to launch this month. They write:

There should be a simple statement of what #BuildBackBetter means, around which people could gather and from which they can build. We think that can be done by bringing a significant group of civic leaders from across all walks of life as signatories to a relatively short statement, and then publicising this through a mainstream and social media campaign. It is important that this is not led only by those whom the media and political leaders would expect to support it. It needs to come from a group with diverse political views. And it should not be party political – politicians should only be asked to back it after it is launched.

They have created a statement and are now asking a range of civic leaders to give it their support. You can sign up here – they welcome organisations to be signatories as well as individuals.

Covid-19 has shaken the world to its core. There is not one aspect of our daily lives that hasn’t been touched, and this is mirrored all across the world. It seems a lifetime since our 10th birthday party and my trip to Siberia at the beginning of March. Life will never be the same again and we now have to face the struggle for survival of vast parts of our economy as we protect ourselves and our loved ones from the unseen danger everywhere in our communities.

The most worrying thing to me is that the situation is exacerbating the huge chasm between rich and poor around the world. Recent research from Oxfam warns that the economic fallout from the coronavirus pandemic could push half a billion more people into poverty unless urgent action is taken to support developing countries. 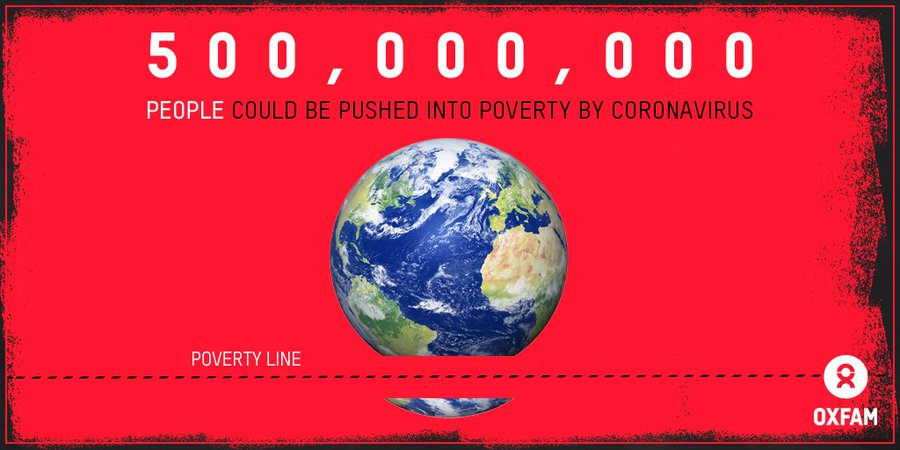 We see this especially starkly in countries such as India, where crowded conditions caused by poverty make social isolation impossible, as well as the challenges of an economy dependent on the poor servicing the rich often hundreds of miles away from their homes. The poorest do not have the resources to stay at home, and in some cases don’t even have a home, or a home that is safe. It is the poorest that are dying in much greater numbers due to greater exposure, poor diet and healthcare, amongst other factors. They are also the ones that are likely to face long term economic hardship.

“Social enterprises and community organisations are the businesses that provide the ‘glue’ that holds society together often where the traditional market and public sector doesn’t provide.”

Frustratingly, the government has advocated community solutions to inequality, but largely not funded them. Social enterprise is a case in point. With government divesting themselves of community support programmes and increasingly relying on social enterprises and charities to fill the gaps, they have pushed the business and independent approach to self-help and then snatched this revenue away in the crisis without replacing it.

Instead, there has been a focus on helping social enterprises and charities that are dealing directly with support to tackle the effects of COVID 19. This completely misses the point. Social enterprises and community organisations are the businesses that provide the ‘glue’ that holds society together often where the traditional market and public sector doesn’t provide. They also have greater flexibility to create a more ‘person’ based, flexible  solution in their locality, rather than the clumsiness of a centralist approach.

“The social enterprise sector cannot simply be reinvented if there are major shut-downs. It takes years for social enterprises to become sustainable businesses and they interweave solutions to problems that politicians often do not acknowledge exist or, if they do, they don’t know how to tackle.”

When we emerge from this crisis will the economy and revert back to more of the same (like we saw after the 2008 financial crash), or a more nuanced personal approach that recognises that humans are part of an eco-system? I think most people agree that there was something really wrong with society that let the rich get richer and the poor get poorer. The gulf has been getting bigger every year and on top of this we have a climate crisis.

We need to think differently and social enterprises are examples of this in action. The social enterprise sector cannot simply be reinvented if there are major shut-downs. It takes years for social enterprises to become sustainable businesses and they interweave solutions to problems that politicians often do not acknowledge exist or, if they do, they don’t know how to tackle.

This has to be the time to grasp the nettle and #BuildBackBetter. We need a new vision for the future that transcends traditional political boundaries. We need to be working with both the left and the right and getting the media on board and, more to the point, working outside the boundaries of the UK as well encapsulating a more local approach. A world-wide movement is required that will transcend the forces of those powerful interests that will default to previous setting.

To this end, we are working with partners in the UK social enterprise and social value movement to campaign to #SaveOurSocEnts in order to #BuildBackBetter. 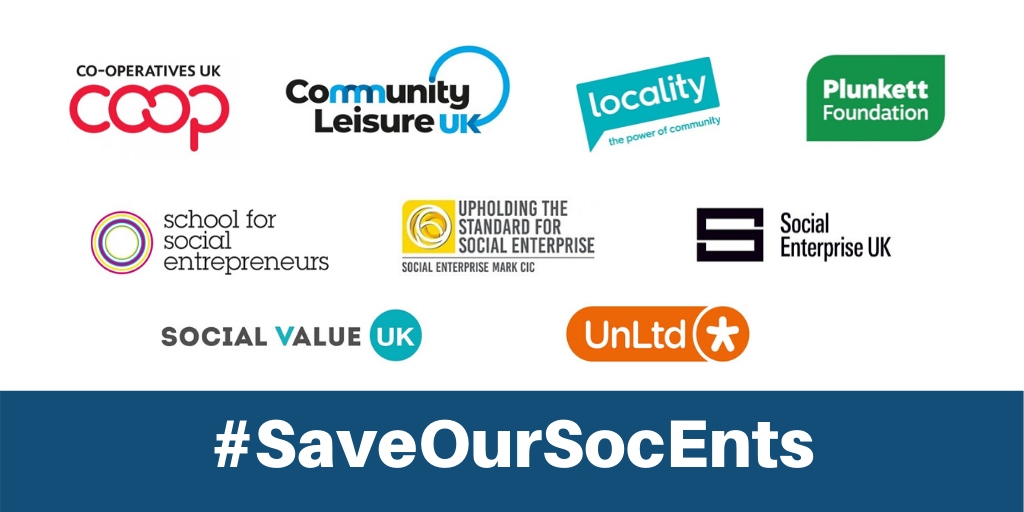 We are also reaching out to wider allies, and have become members of the Well Being Economy Alliance, an international movement to put people at the heart of economic decision-making, not economic growth at all costs.

We need to stop being territorial and join together to create a safe and better future for all.