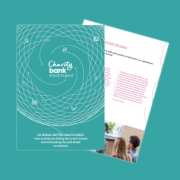 The social sector is feeling the pressure of meeting an increase in demand for services, while dealing with widespread budget cuts, new research from Charity Bank reveals.

Charity Bank polled 182 social sector leaders for its State of the Sector report, which found that 85% of charities expect demand for their services to grow over the next two years. However, 86% are concerned about future grant funding and 82% don’t think they’ll be able to sustain donations over that period.

Government policy continues to pose a challenge for 63% of respondents, while the sector is split on what Brexit means for them. Almost half (49%) think it will present issues, while 46% are unclear and 13% think it could create opportunities. 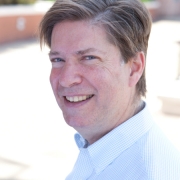 Ed Siegel, Chief Executive, Charity Bank said: “The social sector is entering this new decade under a cloud of uncertainty, and with the majority of organisations worried that funding will be more difficult to come by, many are looking at alternative ways to generate income and this can increasingly involve repayable finance.

When Charity Bank was founded, the very idea of social investment was controversial – charities and social enterprises were expected to survive on hand-outs from the Government and the public, but today that’s an unrealistic goal. Almost two-thirds (62%) of the organisations we spoke to see social investment as an opportunity for growth. With the recent launch of the Impact Investing Institute, we’re also hoping that social investment will increasingly be seen as a great opportunity for investors that care about the impact that their money can have.”