Are we heading for ‘Hard Times’?

Today’s political and economic climate reminds me of an episode in Charles Dickens’ novel ‘Hard Times’.  At the beginning of the novel, Mr Gradgrind says ‘Now, what I want is facts’ in his school. He endorses an approach to education that prizes the logical, analytical, mathematical and statistical over common sense, creativity and emotion. Famously he asks a pupil who works in the circus to define a horse, an animal that she works with on a day to day basis. She can’t explain this factually and so invites his wrath. Another child gives a complete zoological explanation despite a much lower level of expertise in horses. This novel highlights the weakness of the utilitarian approach.

Higher education policy seems to be following this number crunching, pseudo analytical approach, which has been applied to schools over last few decades. Teresa May announced a review of post-18 education in February. The emphasis is now on value for money – but how can this be calculated?! There is some discussion that looks at which jobs students end up in, but how do you put a value on these – do we just revert to saying everyone should be aiming for the highest paid jobs? Do we want a nation of merchant bankers, city workers, accountants and lawyers? What happens to society, the creative industries and the public sector amongst others in this scenario?

Getting the right jobs is not only about a degree, it’s about lots of other contributory factors. This argument has been further elaborated on in the Guardian recently, in an article in which Professor Nick Petford, Vice Chancellor of the University of Northampton, argues that there will be a disincentive to train nurses, midwives and police officers if post-graduation earnings are used in such a crude statistical way.

I have also seen suggestions that value for money might be calculated by how many student facilities a university has, or academic services? Or maybe it should be the cheapest beer in the Union and the most nightclubs in the nearby town?? No doubt some arbitrary formula will end up being concocted so we can all see which university ranks top and then this will be trumpeted loud by those universities that achieve the top marks. 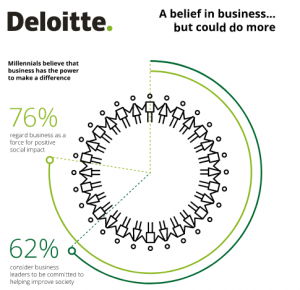 The main problem for the ‘Hard Times’ fact-based approach is that we are dealing with human beings who have emotions and experiences. People may say that they are using pure facts to make a decision, but this ignores all the outside factors that make an experience enjoyable and feel worthwhile. It also flies in the face of existing research which shows that the new generations of students and professionals measure success by more than just financial reward.

Using my own personal experience as a case study, I worked as a researcher in my university after my degree, because I was interested in the subject (certainly not the pay). It wasn’t until my next job as a policy officer that I found the niche of social enterprise and community based regeneration (several years later). There was not necessarily a neat trajectory between getting my degree and a well-paid job, but both my degrees led me to challenge my thinking and helped to develop my personal value set.

The utilitarian approach also forgets that being at university is not just about the individual.  There is the experience of being part of the university community, as well as the fact that universities sit within communities themselves, adding value and richness to many more lives than just those studying. This goes beyond the pure number crunching of Value for Money to create Social Value for Money. We, in partnership with others in the university and social enterprise sectors, are making this point to the new Office for Students – where we argue for a more embedded approach, which looks at the development of a Social Value for Money Framework that engages directly with students.

We have been working with HEFCE and our Social Enterprise Mark/Gold Mark universities to bring out some of the wider essence of what it means to be a good socially enterprising university, caring not only about its students and staff, but also playing a crucial role in developing the links with the local community. The University of Salford for instance has a great reputation for enabling access to students locally who have been brought up in Local Authority Care. 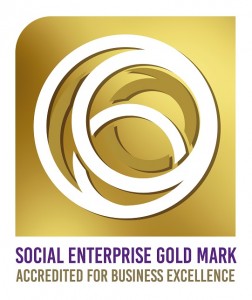 The Social Enterprise Gold Mark in particular helps to highlight and bring together social enterprise characteristics and Social Value for Money. There is also a new report that has just been launched by HEFCE and Flourish CIC, which highlights and evaluates the work that has already been done by universities to develop social entrepreneurs amongst students, staff and the local population.

So where does this leave us? Louisa Gradgrind ended up having a mental breakdown as a result of her schooling in ‘Hard Times’.  We must not forget that we are dealing with people at the end of the day. Statistics should be used with caution and we must not lose the nuances of what it means to go to university. It is not a simple equation of good degree + ‘good’ university = well paid career.

I hope we are not heading for a breakdown – I am naturally a positive person, so I don’t think so, but we need to be careful about what behaviours are engendered by crude targets and statistics and we have ideas about how this can be countered – watch this space!

Vote for your winner in Making a Mark competition