Last month I had the great privilege of visiting Beijing, China, where I had been invited by the British Council to talk about the development of the Social Enterprise Mark certification process.

As well as the Council, I met with several key academics, including Professors Yuan Ruijun, Zhang Yanlong, Meng Zhao and Zhiyong Chen, from the Universities of Peking and Renmin and Ruixue Zhang from the China Philanthropy Research Institute (CPRI). As a group, they are striving to establish a clear definition for social enterprise in China, with a view to then developing their own infrastructure for certification. Through this they aim to encourage the development of social enterprise and influence the conditions in which it can flourish.

The term “place of contrasts” is somewhat of a travel cliché but could certainly be applied to my short time experiencing Beijing, and also visiting other locations in China as a tourist. I wonder though, do indigenous populations recognise this about the countries they live in or simply accept everything as part of a greater whole? As I was to discover, this provided a metaphor for the social business landscape in China, as they continue to explore questions of social enterprise differentiation.

On my arrival, I had a short time to recharge, although jetlag was yet to seriously take hold. Over the next few days though, this and the inevitable language barriers found me more than once recalling Bill Murray and the film “Lost in Translation”, which suddenly took on a whole new level of meaning for me! 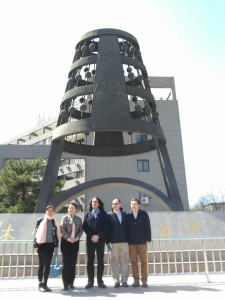 I initially met with Hou Peng and Jack Yu from the British Council, along with Ruixue Zhang (CPRI) for an early dinner as part of a general welcome. I was to find that mealtimes always raised a few polite smiles as people observed me honing my chopstick skills but I like to think that by the end my stay I had got quite proficient at it!

The following day I met with the University Professors and CPRI representatives, who have done extensive research into different systems of social business certification from across the world. I talked about the development of the Mark, the rationale behind the criteria and workings of our assessment process.

We drilled down into these matters in detail, provoking lively debate amongst the group concerning how far the Mark could be applied in China, and the potential barriers and challenges posed. It was a fairly intensive interaction – quite a baptism of fire for me and one that certainly kept me engaged as the jet lag slowly kicked in! I made it through the day, stubbornly refusing the offer of a knife and fork at lunchtime (and not going as hungry as I did the previous day)!

The following day I contributed to a workshop lead by my Chinese colleagues involving delegates from across China – people either supporting, running or working in social businesses. The workshop provided a forum for people to discuss social business certification and the relevance of this for China. It was a long and fascinating day, placing several of the questions raised during my first day within the real life contexts of organisations who see themselves as prospective social enterprises. Those in attendance included business entrepreneurs, organisations we might label “social firms”, charitable and community businesses, as well as ones that would more immediately conform to our stricter definition of social enterprise. There was also an agency present who were administering a regional pilot certification initiative and an organisation that had achieved it. This follows very similar criteria to that of the Mark and both organisations spoke positively about the process: the value they perceive in differentiation but also in how it has encouraged them to think more carefully about their purpose, how they work, and the social value they are creating. 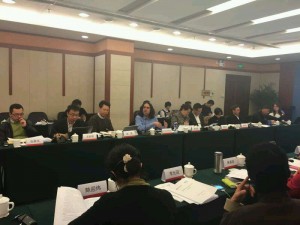 As the mix of delegates suggests, those who might describe themselves as a “social enterprise” in China include all manner of businesses laying claim to social purpose through what they do and/or how they operate. This and other challenges for certification that revealed themselves across the day included familiar ones. Views ranged from those who are suspicious of the need for standardisation if they can simply show their social value; to those who see it as a means of improvement, by clearly aligning themselves with certain core principles and gaining recognition for these credentials. More uniquely to China perhaps, their varied terrain also includes distinct local economic and cultural differences, which pose other difficulties for standardisation.

The potential cost and benefits of delivering robust certification understandably lay at the heart of many questions and this revealed similarities to what our MD Lucy Findlay, found when she visited Taiwan last year. At the moment, there are a mixed bag of interests and all want to know how certification may lead to social investment or legislative advantages. But throughout the day, it was interesting for me to observe how many of the questions being posed were ones echoing our own experience of developing the Mark. As discussions unfolded though, I found myself quite deliberately taking a back seat. This wasn’t me succumbing to jet-lag or the audial acrobatics of simultaneous translation! It was satisfying to see answers to different concerns or objections being identified from within the room, instead of there being a reliance on so-called “experts” to provide these. Whilst it was inspiring to see how we may be helping to influence the destiny of social enterprise in China, to see people on different sides of the debate contributing so keenly and taking such ownership was much more so.

Questions around our profit distribution criterion possibly generated the most interest. I have to admit to being a little bit surprised when one delegate suggested that it went against human nature and the desire to achieve personal profit. But it was a reminder that China has come a long way in developing capitalist sensibilities. The obvious answer perhaps was “it depends on how you measure your sense of profit”, but it serves as a recognition that social business comes in various forms. As I said at the outset: China is a nation of contrasts and their social business landscape is made up of different interests. In this they are no different to anywhere else. There is room in the world for any business seeking to make a positive social difference, and they are all to be commended for it where they do. 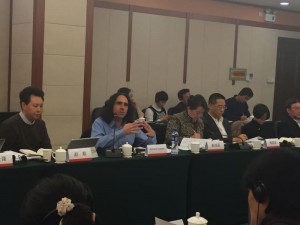 In my closing address, I recognised this point and attempted to answer the question – why differentiate social enterprise? I explained how several years ago in the UK we asked the same question, and the Mark was born. We did this because the social enterprise sector believed itself to be a distinct form of social business that is committed to maximising social outcomes through how profits are invested towards these. Of two businesses delivering exactly the same service and same standards, the one committed to investing income/profits in social outputs will always exceed the potential for social impact, compared to the other that exists to generate profits for shareholders. Maybe this is an oversimplification but it helps crystallise why differentiating social enterprise from other forms of social business is relevant. And certification or accreditation should ultimately provide a means through which genuine social enterprises show how they willingly hold themselves up to scrutiny against this differentiator.

I finally reflected on how accreditation essentially represents a form of regulation – a dirty word for many, but in considering this I asked people to cast their minds back several years ago. To recall a rapacious sector, one resistant to regulation in the belief that it placed a burden on their capabilities, restricting their potential for success and any associated benefits for the economy and wider society. The results of this arrogance, of being above and beyond scrutiny are well known. I suggested that social enterprise is meant to be better than this and that accreditation should actually be seen as a natural element of helping build trust through ensuring and proving this. More than this, subscribing to achieve and maintain standards, to be held account to them, is actually a means through which people and organisations can build their capability – not have it restricted. Certification is therefore a form of enablement. 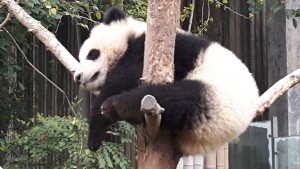 I thoroughly enjoyed my time meeting with a vanguard of social enterprise in China and learned much from them while I was there. My time in the country was not over at this point as an army of clay soldiers, the delight of pandas at play and a hike across a great wall awaited me (amongst other magnificent sites, along with some dubiously informed menu choices!). But that, as they say, is another story… My memories are of a country of great and beautiful contrasts and an experience I will fondly recall. I would like to thank Hou Peng of the British Council in China for his organisation and expert facilitation of my visit. 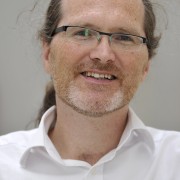 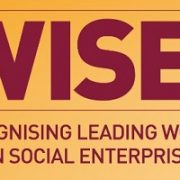 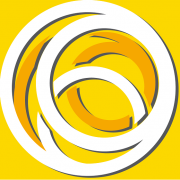 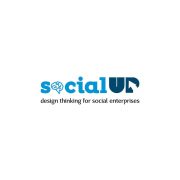 What challenges do social enterprises face? 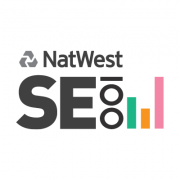 Why talking about ‘what is a social enterprise?’ is still important
How the Social Enterprise Mark can benefit Higher Education Institutions