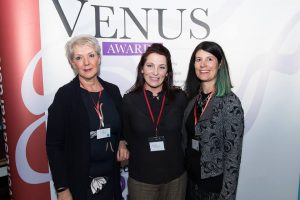 International Women’s Day was on 8th March.  Reading my social media feed that day, it seemed to have much more prominence than in previous years. I think it was probably a combination of factors, including the many shocking stories in the press such as the #metoo campaign, the gender pay gap figures that show there is still such a huge disparity between men and women, and 100 years of votes for (some) women.  Personally, and more positively, I have also recently been selected as a finalist in the Venus Women’s Business Awards.

I was also asked to carry out an interview for Ethical Hour as part of the IWD celebrations, followed by an interview live on camera about the pay gap. It certainly got me thinking about how women fare in social enterprise/ethical business in general. Are we leading the way or do we still have some gaps to fill?

Equal gender representation and seniority in social enterprise however, does still mirror the corporate world in sectors where traditionally women have been less prominent.  For instance, I notice events about IT, transport, housing/property and finance still tend to be male dominated (including the speakers, but with some notable exceptions). However, I have been encouraged to see more changes over my many years in the sector, with more women running very large social enterprises, such as universities and in healthcare delivery. Although we do not yet see mirrored equality in other sectors, I hope we are on an upward trajectory as more women develop the confidence to not only start social enterprises but to continue to run them as they get larger. This also requires recruitment processes to take women seriously.

The interviews made me reflect beyond pay and representation to my own experiences as the leader of a ‘politically charged’ social enterprise. As part of my job, I have been required to develop blogs and other social media presence. Like many women, I have often found this to be intimidating and needlessly confrontational, especially at the beginning. I have also been in many meetings where I have been ignored, patronised or accused of being emotional (women are emotional or aggressive whilst men are passionate and assertive!) More worryingly, I have been subjected to some behaviours which would be considered unprofessional, and I was told by more than one male social enterprise leader that our business would never last and be gone in a few years. So much for supporting each other and mutuality!

I’m very proud of where we are at as a social enterprise 8 years down the line; we now have a presence in 11 countries and lead the way in meaningful social enterprise accreditation internationally. The sector as a whole has made some good progress, but needs to really reflect its values of mutuality and respect for all.  We all want to make the world a better place and I have great hope for the future – keep up the good work!