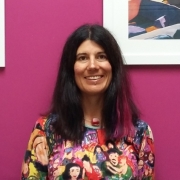 We are delighted to announce that our Managing Director Lucy Findlay has been awarded an MBE in the New Year Honours list for ‘services to social enterprise’.

Lucy founded Social Enterprise Mark CIC in 2010 and over the last ten years has developed the Social Enterprise Mark from a regional funded project to an internationally available accreditation, which provides, for the first time, a clear standard and definition for the very broad social enterprise sector. She has played a major role in the development of the UK social enterprise sector over the past two decades and is thrilled to have received this recognition of her work.

“It’s a real honour to have this personal recognition and endorsement for my work in social enterprise” says Lucy Findlay. “I haven’t done it alone though. I would like to pay tribute to all my colleagues and friends who have stood by me and supported me over the years through both the highs and the lows of running a social enterprise.

An MBE (Member of the Most Excellent Order of the British Empire) is awarded by Her Majesty the Queen after an individual is nominated for their outstanding achievement or service to the community. An independent Honours Committee reviews the nomination application and makes the final award decision.

In a year of uncertainty,
it’s time for clarity