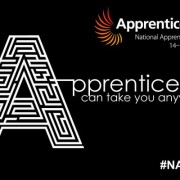 To mark National Apprenticeship Week, we are supporting the #PasstheTorch campaign.

Social Enterprise Mark CIC took on our first Apprentice in December. Lara Wylie, who joined the team as Customer Relations Assistant, is enrolled on a Level 2 Business and Administration Apprenticeship through City College Plymouth. On completion of the Level 2 qualification, Lara intends to enrol on the Level 3 Apprenticeship, with a long term view to study for a degree via the Open University. 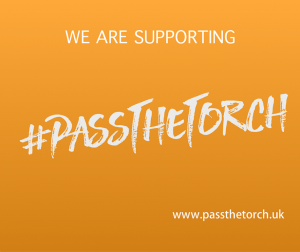 The driving force of the Pass the Torch campaign is an Olympic-style torch which represents the passing on of Apprenticeship and Employer knowledge. The torch is making an appearance at a wide variety of business events from February to May. Employers are asked to pledge their support for apprenticeships and traineeships, showcasing their commitment to the government’s target to reach 3 million apprenticeships by 2020.

To pledge support you can:

Social Enterprise Mark holder Fusion21 is also supporting the campaign, and has funded 144 Apprenticeships since 2014 – delivering £268,665 in social value, whilst supporting young people to learn a life-long trade.

The organisation has been helping to tackle the skills shortage in the construction industry, by funding a variety of apprenticeships in professions including joinery; bricklaying; plastering; painting and electrics. These initiatives provide young people with the chance to build a career by learning new skills and qualifications – which often lead to securing sustainable employment opportunities. 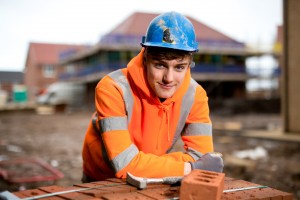 Eighteen-year old George Buckley from Halewood in Liverpool has excelled in a bricklaying apprenticeship, thanks to support and funding received from Fusion21. After nearly two years of hands-on work experience and studying at The City of Liverpool College, George is nearing the end of the scheme and is on track to receive a National Vocational Qualification (NVQ) level 2. George’s apprenticeship has enabled him to mix the technical skills he has learnt in the classroom, with on-the-job experience gained from working for home builder and urban regeneration partner, Countryside.

George said: “I didn’t really enjoy school – I wanted to be out in the fresh air, earning money and learning skills I could turn into a career. That’s why an apprenticeship was the best option for me. My uncle has had a fantastic career as a bricklayer, and he inspired me to follow the same path.

“I’ve worked really hard to develop my skills – and achieved third place in the SkillBuild Regional Heat Competition 2015, in the bricklaying category. SkillBuild is the largest multi-trade competition in the country, so it was a great indication of the progress I was making. This apprenticeship has been a fantastic stepping stone for me,” adds George – “each day is a fresh challenge – and I can confidently work on my own without supervision.”

Ian McDonough, Community Regeneration Manager at Fusion21, said: “George has really applied himself during his apprenticeship – and we’re really proud of what he has achieved.

“Apprenticeships can change lives – and it’s really important that these opportunities exist to develop new talent in the construction sector and other industries.” 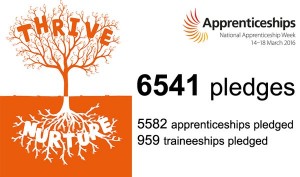 National Apprenticeship Week 2016 runs from Monday 14th – Friday 18th March, and celebrates apprenticeships and the positive impact they have on individuals, businesses and the wider economy.

To find out more about the National Apprenticeship Service visit www.apprenticeships.gov.uk.