In July, Social Enterprise Mark holder Chocolate Films launches a large scale media and film-making programme in the heart of Woolwich for disadvantaged residents of the borough.

They are are offering people who have complex issues such as substance misuse and mental health issues, as well as those experiencing difficulties finding housing, childcare and employment, a range of training and skills opportunities in media. Chocolate Films will support and train up to 20 people from across Greenwich Borough.

Participants will gain practical film-making skills with professional filmmakers on the latest digital equipment, including sessions on tablet and smartphone film-making, social media and digital marketing, interview and presentation techniques. They will be trained in PAT testing and will receive AQA accreditation as part of the programme.

Chocolate Films hope that participants on the workshops will see a meaningful and positive long term effect on their lives, transforming their confidence and opportunities for the future. They are working in conjunction with Lifeline and CGL, who are experts in supporting vulnerable participants and who will be offering recruitment, advice and guidance throughout the programme.

The programme has been borne out of the success of the 2 and a half year programme where Chocolate Films trained a number of Greenwich based participants in setting up their own film-making social enterprise. The success of this project can be witnessed in Mark and Christine, who after starting our training with no experience in film-making, have now set up their own social enterprise partnership SElect18.

Mark explains, “Being involved in Chocolate Films workshops has helped my recovery beyond any words I can summon; indeed, I struggled so much with social phobia that I doubt I’d have been able to express myself before my involvement with Chocolate Films. The film-making process has helped me overcome these issues with social phobia and awkwardness and to realise that one of my strengths is actually in social settings with an ability to communicate. A lot of this happened in film planning sessions and later during filming and editing. The sort of change I experienced cannot happen in the normal therapeutic setting I’m used to, I needed the challenging but safe, real life scenarios of being involved in film-making. Social phobias and anxiety is a very common issue for those recovering from substance use and dependence, and is often the cause of relapse.”

Chocolate Films is a film production company based in South London that works with disadvantaged people to help them improve their lives through developing media and communication skills. Commenting on the new project, Rachel Wang, CoDirector of Chocolate Films said: “ I am really passionate about offering media skills and training to support and encourage participants as part of their recovery. This was new ground for us 3 years ago, and so I am thrilled that we now have the expertise to continue to offer these workshops to participants in the borough of Greenwich.” 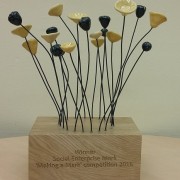 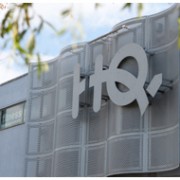 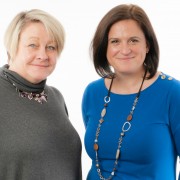 Vote for your winner in Making a Mark competition 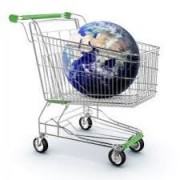 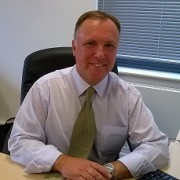