These annual awards recognise excellence and outstanding achievements by social enterprises – businesses that reinvest their profits for good, benefitting people and planet. There are now more than 70,000 social enterprises in the UK, contributing £24 billion to the economy each year.

Lindsey Hall, Chief Executive of RIO – the Real Ideas Organisation said: “We are thrilled to have won the Inspiring Youth Enterprise Award at the UK Social Enterprise Awards – giving us national recognition for the work we do with young people and communities.”

“We have been championing social enterprise and the power it has to empower people and transform places for almost a decade. Next year we will celebrate 10 years as RIO and to win such a prestigious national award shows how far we have come as an organisation; it is a wonderful early birthday present.”

The awards ceremony was attended by leading UK social enterprises, representatives from large corporates and the Minister for Civil Society, Rob Wilson MP.

RIO and the other winners were presented with bespoke trophies made by the social enterprise, Designs in Mind, which employs people with mental health problems. Social enterprises also supplied all the goods and services on the night, including the catering, rigging, drinks, flower displays and goody bags.

The awards are organised by Social Enterprise UK, the national trade body for social enterprise.

“Year on year the UK Social Enterprise Awards get bigger and better. This year the competition was particularly fierce, so a big congratulations to RIO for taking home a trophy.”

In a year that’s been dominated by political uncertainty, divisions and inequalities, hearing the stories behind the winners and all the finalists has been a breath of fresh air. Social enterprises show that another way of doing business is possible, one that puts people and the planet first. Because they’re free of shareholders they’re able to reinvest their profits for good.” 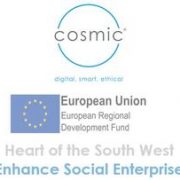 SCDA get go ahead for new community centre and nursery 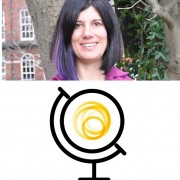 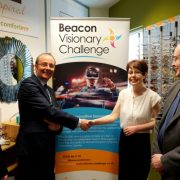