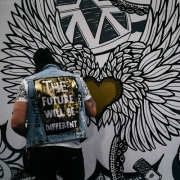 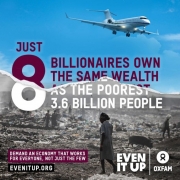 Recently there has been a flurry of news and a growing acceptance from the public that the brand of capitalism that puts the shareholders’ interest above all else, is broken. Indeed, the FT recently reported that City Fund managers are calling for a radical rethink and an end to the constant obsession with economic growth.

We are in the middle of societal and environmental disaster, made evident by huge levels of income inequality and poverty (last year Oxfam reported that the world’s richest 1% bagged 82% of the world’s wealth), as well as the Climate Emergency.

It was also interesting to see the recent announcement by the Labour Party regarding their intention to revise the Companies Act to “take on the excesses of the shareholder model and lay some of the foundations of a stakeholder economy”, should they win a majority at the upcoming election.

Last week a shocking new report from the TUC and High Pay Centre highlighted just how broken the ‘shareholder first’ model really is. The evidence set out in the report shows how, in the corporate world, delivery to the shareholder has become an obsession.

Even those more enlightened CEOs who have tried to move outside the straightjacket to take into consideration people and planet (e.g. Unilever) have ended up being potentially strong-armed back into the prevailing model by becoming vulnerable to ‘Hostile Sustainability Raiders’ – i.e. hostile takeover organisations that jump in (in order to make quick financial returns) because the share price has dropped due to lower dividends. Short-termism is factored indelibly into the corporate business model.

Figures from our report with @The_TUC out today on how the shareholder-first model contributes to poverty, inequality and climate change.

The evidence of the resulting behaviours leads to stark consequences not only for those working for those companies, but also to their wider stakeholders and communities. The more money that is extracted for shareholders, the less there is for anything else. Corporate Social Responsibility (CSR) budgets, increases in wages for workers and social and environmental impact come in as the ‘poor relatives’.

The following startling statistics illustrate the reality versus the hype: 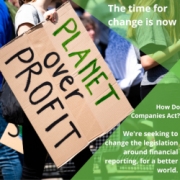 Shareholder primacy is reinforced in the Section 172 of the 2006 Companies Act, which requires company directors to act in the interest of shareholders, and only ‘have regard’ to a wider set of stakeholders. There are no significant examples of a director being held to account for their failure to ‘have regard’ for their wider stakeholders. We are working with Social Value UK and other partners to change this.

The How Do Companies Act campaign aims to change accounting behaviour to ensure that accounting practice also takes consideration of social and environmental impact.

Social enterprise (a business model that puts society and the environment before shareholder profit) is part of the solution to this rampant anti-social/environmental trend. We have been saying this for a long time.  Rather than shareholder gain being the sole driver, social enterprises focus on the three ‘P’s:

Social enterprises (that hold the Social Enterprise Mark/Gold Mark) dedicate a majority (at least 51%) of their profits to social and environmental purpose, as well as being dedicated to changing society for the better in the way that they conduct their core business. They therefore compare favourably on many different indicators of social benefit mainly because they are focused on social good:

Given all of this, it is pretty clear that if we are to change society for the better and to tackle the climate emergency we need to challenge much more radically what it means to be a business. We need to stop teaching and assuming that it’s all about getting financially more wealthy and see wealth in a much wider context – creating a better world for all.

Influence the design of new postgraduate course in social enterprise