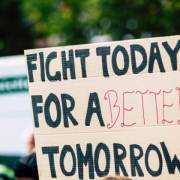 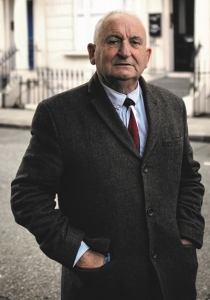 By Lord John Bird, Founder of The Big Issue

In 2016, I, an ex-beggar, ex-rough sleeper, ex-offender, ex-Marxist and an ex-racist (among other things) was elevated to the upper chamber of the United Kingdom’s bicameral legislature: the House of Lords. Why had I applied, you may ask? Gone through hours of interviews and applications forms? And what did I have to give to this reputed institution?

The short answer is that I am the founder of The Big Issue. An improbable social invention, a disruptor to charities and an emulsifier to the classes of society. Its success and my reputation grew from its novelty and usefulness: not a charity, but a social enterprise responding to a crisis. It sold opportunity. For The Big Issue’s customers were not those that read its magazine, but the homeless population who exchanged their money for the ability to work. At no point would a Big Issue vendor feel victimised or feel disempowered in their capability to shape their life. A seemingly odd approach to the vulnerable, and yet the only one I was comfortable with, given my experiences being in situations like theirs.

Out of the box thinking is what some have called it – something people have since characterised me by. Have you ever wondered what is intrinsic to out of the box thinking? Well of course, the box itself must not be working; it must be caging the aspiration of your thought and multiplying unoriginality. In 2016, Parliament was the box to me. Hence, my compulsion to intellecutally infiltrate the House of Lords to understand why our system broke and then to fix it.

The result is that in January 2020, I introduced my Wellbeing of Future Generations bill and launched my Today for Tomorrow campaign (just in time for Covid-19).

The aim? To bring about a culture of long-termism by shedding light on the unintended consequences of past actions. Jolt those who were on autodrive into a new way of thinking and as a result, tackle climate change, pandemics, poverty, mental health (and so on).

The negative consequences of not considering long-term wellbeing has become increasingly evident: to mention but a few, it has led to mass extinction of biodiversity (limiting our ability to make medicinal and agricultural discoveries), created waves of pollution which negatively impacts our health and is making mass migration evermore likely as climate change makes lands uninhabitable.

As with anything, we must start by diagnosing the problem: democracy, the best of the flawed systems available, on too many occassions is built on a process of short-termism. Hence, by putting checks and balances in place, we hope to avert the problems created by this attitude: like by emplacing a committee in Parliament to review the effects of all incoming legislation on the long-term and amend that legislation accordingly or by conducting assessments on the likely future trends and risks in our country, taking children’s views into account, so we can prepare for them well ahead of time.

This month our campaign notched into overdrive, as the date for the bill’s second reading in the House of Commons approached (now delayed due to Covid). The pinnacle of this will be our ‘Wellbeing Week’, running 25th – 28th January, which provides MPs the opportunity to have a 5 minute chat (online) with a few young people, actively seeking social justice in areas such as climate change, racism or mental health. This will hopefully offer MPs the chance to understand why protecting future generations and focusing on long-term wellbeing may just be our silver bullet.

So please visit our website now to take part in our Call to Action, making sure your MP attends! I came to the House of Lords, compelled to fix a broken system. With your help, hopefully I can.

Building back better – make 2021 a
Year of Empathy