News and Events
You are here: Home1 / News and Events2 / Blog3 / Lucy Findlay's Blog4 / Turning the business on its head: challenging the finance led culture 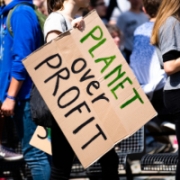 “The difference between rich and poor is becoming more extreme, and as income inequality widens the wealth gap in major nations, education, health and social mobility are all threatened.” Helene D. Gayle (CEO of The Chicago Community Trust)

It is now well acknowledged that the biggest and most pressing issues of our time are climate change and wealth inequality. We know that climate change is changing our planet and affecting the world’s ecosystem, potentially beyond repair, affecting the poorest and increasing the number/severity of natural disasters. We also know that more unequal societies lead to political instability, shorter lives for both rich and poor as well as more corruption and crime.

So why are we still only measuring and managing business performance through how much money is made?

The system is rigged towards financial gain being an end in itself, and one which leads to its own set of behaviours, which do not sit comfortably with the goals of social and environmental justice.

“If you really think that the environment is less important than the economy, try holding your breath while you count your money.” Guy McPherson (award-winning scientist)

Most university business courses teach that the value of a business is partially measured through something called EBITDA (earnings before interest, taxes, depreciation, and amortization), alongside other financial measures, e.g. order book, balance sheet etc. However, this formula makes some assumptions about value and growth because of its focus on earnings, through which shareholders derive profit. This approach facilitates a well-trodden road of a founder setting up a company, attracting in other equity investors in order to grow (attracted by future dividends) and eventual exit with hopefully high financial returns for both the founder and shareholders. The central tenet of this business model is that it focusses on the financial bottom line – i.e. wealth creation.

This wealth-creation based model is now completely ingrained to the point whereby anything else is just seen as an add on. Social value for instance, is a nice ‘add on’ if you can prove financial growth.

It was not always thus. Before the wider global wealth creation model was so prevalent, many businesses saw their role as being an active commercial citizen at the heart of the local community. Take for, example the role of the bank manager. The manager knew his (as it invariably was) community and an investment decision would include an understanding of what that business was trying to achieve, rather than a simple decision-making formula via an automated website. This is one of the reasons that social enterprises are unable to access affordable mainstream finance and has been a frustration for social enterprises trying to access emergency loans over the current crisis. They are just not understood as businesses.

In other countries we have also seen a more varied approach to shareholder profit led models. The recent European Super League development was the result of football club owners that wanted to profiteer from their clubs at the expense of the wishes of their fans and players. The German model, whereby 50% +1 of the shares are owned by fans to ensure that the wishes of the main stakeholders (i.e. the fans) do not become a side line and their social mission is not eroded.

Listening to today’s students and young people, there is a recognition that things need to change and that we can’t keep on with more of the same behaviours and actions. Many current students want to change the fundamental approach to their future careers – putting ‘making a difference’ first. This trend will become more marked as future generations have to live with the effects of current short-term, financial-maximisation thinking.

“Success isn’t about how much money you make; it’s about the difference you make in people’s lives.” Michelle Obama (Former First Lady of the USA)

There has been some movement in recognising that the current system is not working and needs changing, but the question is whether the proposed solutions will make any real difference. Recent developments have included tweaks such as better reporting with the rise of what’s known as ESG (Environmental, Social and Governance); the 3 factors which guide investors as to what is an ethical investment in a business or corporations. 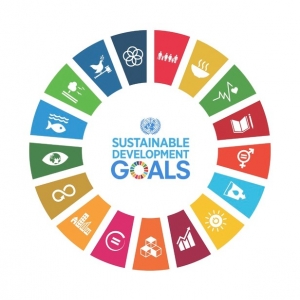 There are also active attempts to link activities to the UN Sustainable Goals (SDGs). Other businesses have looked to accredit themselves as B Corps to show their sustainability standards through a B Corp assessment process.

However, most developments do not in themselves tackle the fundamental problem of inequality, the redistribution of wealth and those most affected by climate change. Campaigners such as the TUC and Oxfam have highlighted the growing disparities with shocking examples. For instance the TUC’s High Pay Unit reported that, in 2014-18, returns to shareholders rose by 56% in the FTSE 100, growing nearly 7 times faster than the median wage for UK workers, just 8.8%. In 2019, Oxfam reported that the combined wealth of the world’s 22 richest men outstrips the wealth of all of the women in Africa. 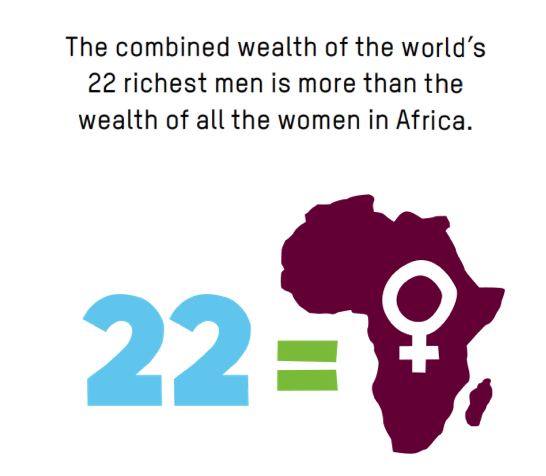 To address these challenges, we need fundamental changes to:

It is only by limiting the power of the shareholder to expect the same financial returns whatever the social and environmental impact, along with a greater empowerment of stakeholders to drive business goals, that we will see fundamental change. This is where social enterprises and the wider social business family, including cooperatives and mutuals, lead the way. They put the impact on their stakeholders first, rather than as an aside to shareholder profits. The fundamental point is that these types of businesses need to be at the forefront of how the world views business, not just an afterthought.

The existing business teaching system needs a fundamental rethink as it gets its students ready to deliver to the current system and norms. It will require a complete shift in emphasis in business school and accounting teaching across the board. It is not good enough to give the option of a ‘social impact investment course’ and a tweak to ‘governance’; these aspects need to be interwoven throughout and the financial return bias detected and adjusted. Social enterprise should be the primary model of business taught.

We know most students are now looking to make a difference in their future careers, being very concerned about social and environmental issues as the next generation will be the most affected. There is clearly a demand as well as a moral imperative. We now need the education system to catch up and put changing the world at its heart.