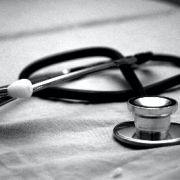 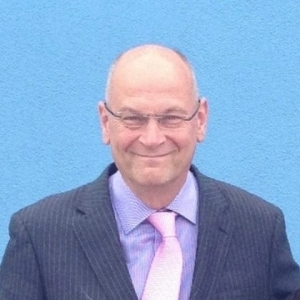 We will soon be having a(nother) reorganisation of the NHS.

Both of those are going to be reversed next year. It says it all that the previous ‘reforms’ are being dismantled by the governing Party that introduced them.

9 years too late in my view…

Regular tendering of urgent care services has become commonplace. There is precious little evidence of any VFM or service quality benefits arising from tendering; neither are there any shining examples of that process improving collaborative working in urgent care. Some of you will disagree with that, however my assertion is that it isn’t the competitive tendering process that drives service quality.

Many of us remember the world before competition when our organisations were fully-compliant against all 13 NQRs and there was an immediate action plan drawn up to deal with any non-compliance. The assumption that including a requirement to collaborate in a contract specification would mean that collaboration would follow is a pretty damn naïve one. It often had the opposite effect with services much less inclined to collaborate after being in competition with each other during a tender process.

Had NHS competitive tendering been a success when judged against the huge cost of the organisations (including CCGs and Commissioning Support Units) set up to service the system, we’d have been given examples showing us how well it was all working. I have never seen any VFM comparisons taking into account the cost of commissioning, contracting and tendering.

Given the failure to achieve notable service improvements from competitive tendering there is strong public and NHS staff support for scrapping section 75 of the Health and Social Care Act 2012 and for removing the commissioning of NHS healthcare services from the jurisdiction of the Public Contracts Regulations 2015. That’s something that I also support as the current commissioning arrangements are not fit for purpose.

I believe that different parts of the NHS and other healthcare Providers will work together more easily once they are freed from feeling they need to erect barriers with organisations that could potentially compete with them, whenever the next tender is issued. Fear of future competition from ‘partner’ organisations is something I frequently observe and its a serious barrier to co-operation in the urgent care sector currently.

That’s because the local Acute Trust, Community Trust, Ambulance Service, GP Federation, Primary Care Network and commercial provider can (and do) compete with the Social Enterprise provider to deliver urgent care services; either alone, or in partnership with another organisation. I can’t think of another part of the healthcare system that has such a range of organisations competing to deliver it, or where tendering opportunities have been more plentiful. The replacement of the requirement to regularly tender urgent care contracts and replace that with the expectation that local Providers will collaboratively work together in an Integrated Care System, to provide the best service possible with the available resources, has my support… in principle.

However, there are huge challenges coming for organisations that have followed a policy of remaining ‘independent’ and made little progress towards integration. There are many references in the White  Paper to ‘placebased’ services and those organisations operating in areas where they have little geographical relevance as they won their contracts in areas where they had no history of service delivery are particularly threatened.

Where are the threats to Social Enterprise organisations, including UHUK members, providing urgent healthcare and unscheduled primary care?

The proposed reorganisation is, in my view, the biggest threat to the viability of Social Enterprise providers since the introduction of NHS 111. Leadership of those organisations need to step up and help to secure their future. Those organisations that are still around in 3 years time will be those that have been able to form political alliances and relationships with far larger organisations.