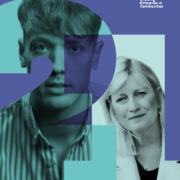 Key Fund, a pioneering social investor, has achieved an economic impact of £447million over two decades across the North of England and the Midlands.

The figure has been unveiled to mark the Sheffield-based organisation’s 21-years of investing in community and social enterprises. In that time, Key Fund has safeguarded 2,291 jobs and created 1,442 new jobs, alongside creating 533 businesses, helping to sustain 2,229 businesses.

These figures were released in its annual Social Impact report, which tells the stories of some of Key Fund investees, including a community theatre in Manchester, a domestic abuse charity in Rotherham, and counselling services in Birmingham.

Sam Keighley, Chair of Key Fund, said: “Social enterprise has become integral in delivering key services to society, as well as generating thousands of jobs and contributing to local economies. These figures show how investing the right money, in the right way, into the right hands can support enduring and sustainable social enterprises in poor neighbourhoods, which go on to improve individual lives in innumerable ways.”

Key Fund was created in Sheffield in response to the collapse of the coal and steel industries in South Yorkshire. As a financial intermediary, it helped local communities access EU funding for regeneration projects.

Today, Key Fund provides flexible loans and grants to community and social enterprises traditionally excluded by mainstream finance. It shaped the early development of funding models for community-owned and managed assets, such as renewable energy schemes and community pubs.

The UK’s 100,000 social enterprises have been at the heart of community survival and recovery during the crisis, from making PPE for health workers, to providing food and connection in their neighbourhoods. 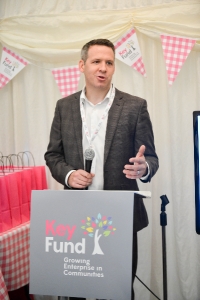 Matt Smith, CEO of Key Fund, said: “Many Key Fund clients operate at the heart of their communities, focussed on supporting local people. As such, they became frontline responders in the pandemic. Our approach is to support these organisations with finance, giving them the tools to develop, grow and deliver even more. Social investment has never been so vital or needed in supporting these enterprises, who offer hope, regeneration and recovery, especially to those even more at risk of falling through the cracks in society with the fall-out of the pandemic.”

Key Fund actively targets the main causes and impacts of poverty, with 80% of its investments in organisations that are in the top 30% most deprived communities; 20% of the awards were in the 10% of most deprived areas on the indices of multiple deprivation.

In response to the pandemic, Key Fund worked with partners to secure and deliver the £18.7m Social Enterprise Support Fund, made possible by The National Lottery Community Fund. As part of this and other funding streams, in just three months, it delivered £9m of emergency grants to social enterprises hit hard by lockdowns.

Closing the gap between social enterprises and EU decision-makers